Each week, the Metta Center for Nonviolence sends out a daily “metta-gram” – a thought-provoking, heart-touching message connecting the life and thoughts of Mahatma Gandhi with issues of our day. Copied below is today’s essay, reflecting on the real meaning, and the real potential, of Columbus Day.

You may recall that Berkeley, CA, became the first municipality to change the holiday to Indigenous Peoples’ Day in 1992. South Dakota preceded even Berkeley, re-naming the second Monday of October “Native American Day.” This year, Seattle and Minnesota joined the list of municipalities changing the designation of this holiday. Sixteen states do not recognize the holiday at all. In Arizona, we have one state legislator carrying the torch.

To get on the Daily Metta list, write to info@mettacenter.org. 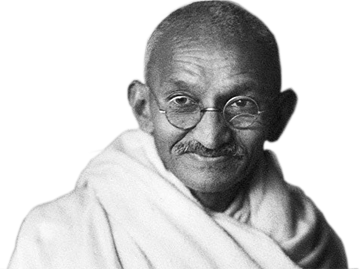 Columbus Day, a national holiday in the United States, seems to be a celebration of Christopher Columbus, the man, the adventurous, courageous Italian explorer who convinced the Spanish king to send him on a sea-mission. Though really, it is a subversive celebration – a condoning – of his actions, his violence, and his economics. More than an explorer, Columbus was something far more problematic, and even emblematic of modern culture: he was what we would call today an “economic hit man,” opening an entire continent up for colonization.

Our national choice to uphold him as one of our “great people” only signals to us that we have yet to fully transform our consciousness around the need for ethics in economics. Is it any wonder the malls are packed with sales on this day? It’s a day to celebrate stuff, meaningless material goods with little regard for those who made them, or are forced to sell them. But, here’s the important piece: it’s not enough for those of us committed to nonviolence to stop with such a negative analysis. Our goal must be to understand why he was who he was and what we might do differently.

I wonder what would have transpired in world history, our collective legacy, had Columbus refused to dehumanize those whom he encountered in his travels. What would have been different if instead of a mission acting as a gateway to colonization, he spearheaded a goodwill mission for mutual interdependence and knowledge sharing?

But no one taught or trained Sir Columbus in nonviolence. No one gave him the insight that to be “manly” and brave meant anything else besides violence and dominance. No one helped him to understand that there was no such thing as cultural inferiority. He had only been taught that his identity was superior. If Columbus had learnt these lessons before taking off across the ocean, perhaps a holiday in his name would be worth celebrating. For now, let’s use the day to do better by those around us.

Experiment in Nonviolence:
What can we do differently today that would help to transform the values upheld by celebrating Columbus Day?