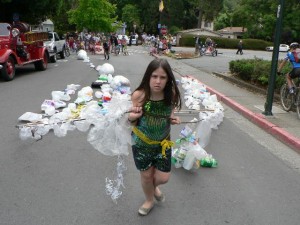 Good news!  The City of San Rafael will hold its first hearing on a proposed single-use bag ordinance on Tuesday, February 18.

We first discussed this ordinance with Charles McGlashan and his aides eight years ago.  Fairfax passed, by popular vote (79% in favor), a plastic bag ban in 2009.  The County of Marin passed an ordinance in 2011.  Now at last the City of San Rafael is in line to pass a similar law.  We expect other municipalities to follow soon after.

Please come show your support!  Your warm presence speaks volumes to the Council, and adds one more stitch to the fabric of coherence which holds our community together.

The meeting begins at 7 pm, but the item is likely not to be heard before 7:15 pm, as a number of resolutions precede it on the agenda.  Bring your notepad, a good book, or simply your pure somatic awareness to drink in all that is happening while you wait. 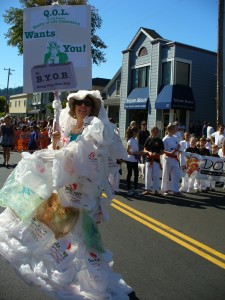