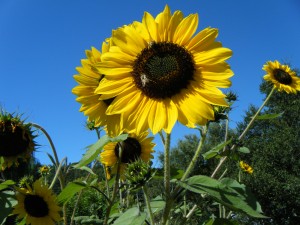 Solar energy is going mainstream, and not a minute too soon!  Alternative energies are not only a big part of our energy future, as President Obama reminded listeners in the first election debate, they are the only way to ensure that we have a future.

Oakland-based Sungevity will donate $750 to Green Sangha every time they install solar panels on a member’s house.  Members will also receive a $750 rebate!  In three minutes, you can get started.  Just click here to get a quote for your home.

Sungevity founder Danny Kennedy has worked on climate and energy issues for more than two decades and was named 2011 “Innovator of the Year” by PBS.   Kennedy founded Sungevity in 2007 to create a more  accessible way for American households to go solar.   He has just published the Rooftop Revolution: How Solar Power Can Save Our Economy – and Our Planet – from Dirty Energy, with a foreword by General Wesley Clark.

Kennedy urges businesspeople, policymakers and homeowners to come together to combat “King CONG” – the dirty-energy lobby of Coal, Oil, Nuclear and Gas.  “There is in fact a clear economic imperative for clean energy now, and despite myths and misperceptions,  solar power is already at work creating jobs, saving American households on their utility costs and securing both our workforce and our borders from the ills of dirty energy,” Kennedy says.  “The sun’s reliability, coupled with recent manufacturing efficiencies in our industry, make solar energy a more affordable, cleaner and safer way to power our lives.  It’s not the energy source of the future, it’s the energy source of now.”

Join us in a wave of solar energy installations, using the beautiful power of the sun to power our lives.  Here comes the sun! 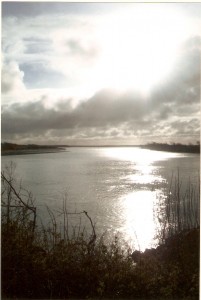