Imagine if you didn’t have to pay volatile gasoline prices, rarely returned to your auto dealer for service, and could re-charge your car at home overnight like a cell phone.  Want to have the speed and amenities of a gasoline-powered car but not pollute the air while driving?  Drive electric!  It’s easier and cheaper than many think. 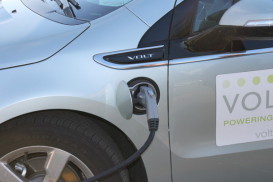 Learn how simple it is to drive and charge an electric vehicle:

“Electric vehicles are a win-win for Marin drivers,” says Dale Miller, president of GGEVA.  “They cost less to own and drive than gas cars.  Switching to an electric car is the most effective step that Marin residents can take to reduce their carbon footprints.  GGEVA is proud to co-sponsor this opportunity for Marin drivers to see how much fun it is to drive an electric car.”

Organized by Transportation Authority of Marin and Golden Gate Electric Vehicle Association
National Plug In Day 2012 will be celebrated in more than 60 cities “to draw global attention to the environmental, economic, and other benefits of plug in electric vehicles,” according to national organizers Plug In America, Sierra Club, and Electric Auto Association.

About the Organizers
Transportation Authority of Marin (TAM) is the congestion management agency and sales tax authority for Marin County. TAM manages a variety of transportation projects and programs in Marin County, receiving federal, state, regional, and local funds, and working closely with all eleven cities and towns as well as the county. www.tam.ca.gov
Golden Gate Electric Vehicle Association (GGEVA) is a not-for-profit, volunteer educational, support and advocacy organization that promotes electric vehicles:  www.ggeva.org