Green Sangha endorses California proposition 37, the “right-to-know” initiative. Why does the labelling of genetically modified food matter? The following article, published by Common Dreams, tells a bit of the story. You may also want to look over the facts page assembled by one of the leading organizations on this campaign: http://www.carighttoknow.org/facts.

Make sure that you’re registered, and vote yes on Proposition 37!

While the initiative merely seeks to add a few words to nutrition labels, it has incurred the wrath and moneyed opposition of biotech and food giants – no doubt because they fear the initiative might herald actual regulations on an industry that has long been allowed to experiment willy-nilly with the food  people consume in the United States.  If Proposition 37 passes, California will be the first state to require GMO labelling. (EPA) 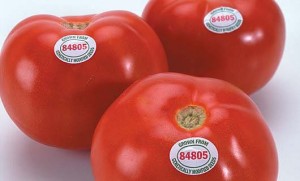 Nationwide polls have indicated a bipartisan, nearly unanimous support for labelling GMOs (genetically modified organisms). At the end of August, Pepperdine University School of Public Policy and the California Business Roundtable released the most recent survey assessing the viability of California’s ballot initiatives. The poll showed 65 per cent in favour of Proposition 37 compared to 24 per cent in opposition.

Faced with those bleak odds, Monsanto, the biotech Goliath, threw in another $2.89 million on September 14 in an effort to defeat the measure – nearly doubling its total contributions heading into the homestretch of the election.

Monsanto, the single largest contributor to the effort to defeat the measure, was one of the first producers of the toxic pest control substances, DDT and PCB, both now banned in the US.

However, over the past two decades, Monsanto has attempted to transform its image from a purveyor of poisons to that of a food producer and bioengineering champion -being required to label their products threatens to undo the corporation’s careful PR work.

Monsanto seems determined to quash the Right to Know campaign, already successfully intimidating the very progressive state of Vermont from even proposing similar legislation to Prop 37.

Proposition 37 is one of 11 sundry measures that will appear on California’s November 6 ballot, but it leads the pack in attracting financial heavyweights determined to defeat it. As of mid-September, opponents to the proposition had contributed a total of $32 million.

Currently unregulated by the Food and Drug Administration, genetically modified ingredients are found in up to 70 per cent of food on the shelves of supermarkets across the US, including the omnipresent foods and beverages that contain high fructose corn syrup (85 per cent of US corn is genetically engineered) or traces of soybean (91 per cent of soy is GE).

On September 19, French researcher Professor Gilles-Eric Séralini, a molecular biologist at Caen University in France, published a groundbreaking study that, for the first time, demonstrates the long-term health effects on rats of eating genetically engineered corn and being exposed to Roundup.

Roundup is a ubiquitous pesticide that is used in conjunction with “roundup ready” seeds – seeds that produce crops designed to survive being sprayed by Roundup.

“The results were alarming,” Professor Séralini told reporters during a telephone press conference held on the day the findings were announced.

According to Professor Séralini, the new study, which was conducted over the course of two years, examined the effects of feeding rats an amount of GE corn that is “comparable to what the American public eats every day”.

“We think it’s criminal that there is this much laxness in reviewing these products,” said Professor Séralini.

Michael R Taylor is the current Deputy Commissioner of the US FDA and was appointed by President Obama. Taylor’s career has seesawed between Monsanto and the FDA – the agency that ought to be tasked with regulating Monsanto. But in 1991, when Taylor returned to work for the government after a decade with the biochemical corporation, he oversaw the agency’s relinquishing any responsibility for regulation of chemically altered foods, i.e., GMOs.

If Prop 37 passes, California will be the first state to require GMO labelling. The US’ current lackadaisical approach to regulating GMOs contrasts sharply with its counterparts in Europe, where labelling of all foods with genetically engineered ingredients is required and there is a relatively low yield of GE crops.

Spokesperson for the No on 37 Coalition, Kathy Fairbanks, told me that the Coalition represents, “the entire agricultural industry of California.”

However, an examination of the campaign contributions made public on the website of the California Secretary of State reveals that over half of the staggering sum spent on defeating the measure comes from pesticide, chemical and biotechnology firms, including Monsanto, Dow Chemical and Syngenta.

“It is completely inaccurate to say the No on 37 Coalition is being funded by the California agricultural industry. Most of their funders are out-of-state corporations and the largest pesticide corporations,” said Stacy Malkan, spokesperson for the Yes on 37 campaign, based in Oakland, California.

In fact, fewer than 50 discreet donors have contributed to the no-camp. Not surprising, opponents are trying to redefine the debate from one about consumers’ fundamental right to know what is in their food to a manipulative attack on the wording of the measure and the man who wrote it.

“We’re not opposed to providing fact-based information to consumers. The problem we have is with the measure. The problem is the particular lawyer who wrote the law itself,” Fairbanks says.

Fairbanks asserts that “small and large businesses and ethnic convenience stores will be hit the hardest” by lawsuits enabled by the proposition. “We oppose the proposition because it will cause higher grocery bills and lead to meritless, shakedown lawsuits,” Fairbanks says.

The lawyer who wrote the bill is James Wheaton, a public interest lawyer who teaches journalism law at Stanford University and the University of California Berkeley. Wheaton founded the First Amendment Project and serves as president of the Environmental Law Foundation.

Wheaton dismisses Fairbanks’ concerns: “First, we expect companies will simply comply – how much does it cost to add a few words to labels several years after this passes? Nothing.”

And perhaps more important, as Wheaton point out: “There’s no money in meritless lawsuits.”

Wheaton drafted the measure because, as he says, “Since 50 countries around the world already require labelling of genetically engineered foods, it seemed time Americans get the same right. But we know big agribusiness will work tirelessly with government bureaucrats to deny that to Americans.” (emphasis mine)

Support for Proposition 37 has galvanised a long-standing opposition to Monsanto. On September 17, the one-year anniversary of the Occupy movement, activists protested outside Monsanto’s office in Davis, California, a place where vast expanses of farmland and food production exist next to biotechnology research. Around the state, supporters of the labelling initiative staged similar rallies.

Charlotte Silver is a journalist based in San Francisco and the West Bank, Palestine.  She is a graduate of Stanford University. 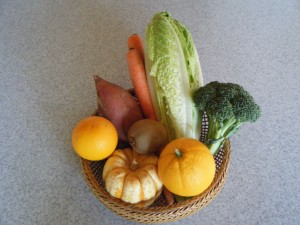