Green Sangha was founded by Fairfax teacher and psychotherapist Jonathan Gustin in 2000 under the fiscal sponsorship of the Buddhist Peace Fellowship.  We began as a small group meeting in Jonathan’s living room for meditation, discussion, and planning.  Our actions focused on changes we could make as individuals to live more sustainably. 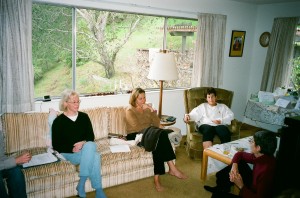 By 2004, we had received a small grant from the Marin Community Foundation to give talks in churches and schools.  At these talks and at public festivals, we distributed compact fluorescent light bulbs, toilet tissue made from recycled fiber, and faucet aerators for water conservation, accompanied by 2-page action sheets describing the issues and presenting the benefits of these items.

In 2005, we joined a national initiative led by Coop America, urging magazines to increase the recycled content of their publications.  Through our outreach, Turning Wheel and Tricycle, two Buddhist magazines, responded favorably.  In addition, Spirit Rock Meditation Center and offices at Stanford University switched to 100% recycled paper. 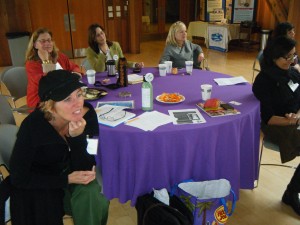 In 2006, we launched our largest action, Rethinking Plastics. We embarked on a public education campaign, presenting 290 talks and film screenings to 8,900 citizens and decision-makers.  We met with Whole Foods leaders in the Northern California Regional Office, contributing to their decision to eliminate plastic tote bags nationally on Earth Day in 2008. We co-led the successful Fairfax plastic bag ban and collaborated with government officials and other non-profits in Marin to pass three municipal single-use plastics ordinances and several council resolutions.  Through talks and other outreach, we catalyzed a steep drop in the use of plastic produce bags from local markets such as Good Earth Natural Foods, CUESA, and Marin & Berkeley Farmers’ Markets, saving an estimated 8 tons of plastic film per year.  In conjunction with these efforts, we inspired zero-waste lunch policies at Grand Lake Montessori School in Oakland and other non-profit agencies, and served on the planning committee for the Marin County Fair.  The Fair, touting itself in 2008 as “The World’s Greenest Fair,” garnered awards for its distinctive innovations in resource conservation.

Inner & Outer Restoration at Green Gulch began in 2005.  Through over 600 volunteer hours on seasonal Watershed Stewardship days, we have helped restore major sections of the creek, tended a hillside garden, removed invasive exotic plants, and planted hundreds of native trees, shrubs, and grasses. 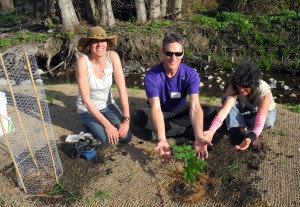 In 2009, we played a key supportive role in the Garden Wheel project in Sonoma County, leading to the conversion of over 500 resource-hungry front lawns into fruit, vegetable, and herb gardens.  An allied project, the Green Schoolyard at Davidson Middle School in San Rafael, was a major focus from 2006 to 2012.  Hundreds of community volunteers organized by Green Sangha contributed thousands of hours in habitat restoration, the planting of fruit trees and shade trees, and the enhancement of a beautiful enclosed vegetable garden.  Sixth grade students used the garden and surrounding wetland for science exercises, other classes visited for art and poetry lessons, a Bee Club set up beehives, and the Garden Club tended garden beds and enjoyed the fruits of our community’s labors across the school year. 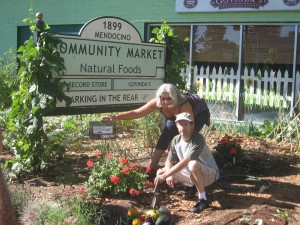 Through the Low Carbon Diet, a community-based educational program, and its companion in Marin, the Resilient Neighborhoods program (a non-profit/governmental collaborative directed by Tamra Peters of Sustainable Marin), Green Sangha leaders helped participants reduce their household carbon emissions by over 200,000 pounds a year. 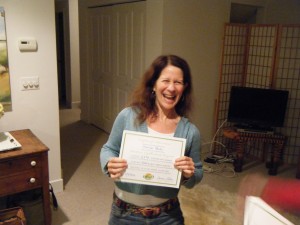 The Teen Environmental Leadership Academy, a two-week summer day camp, was first offered in 2011. Over four summers, approximately 40 youth, most of them low-income, explored nature, learned to meditate, and developed speaking skills.  In our second year, teens’ speeches at San Rafael City Hall inspired a resolution on alco-pops (a sweet alcoholic beverage targeting the teen market) adopted unanimously by the City Council.  In 2014, teens studied water conservation and met with five civic officials, including two board members of the Marin Municipal Water District, a City Council member, and a County Supervisor. 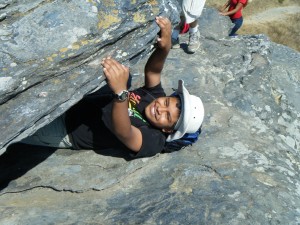 A central focus now is Mindful Leadership Training.  Since 2008, over 500 youth, civic officials, and citizen activists have attended workshops in mindful communication and sustainability from within.  For more information on this or any other Green Sangha program, write to stuart@greensangha.org. 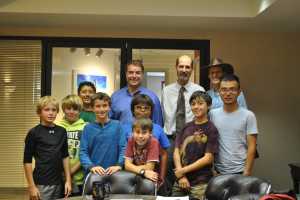