On August 29, 2014, the California Legislature passed SB 270, the single-use bag ordinance.  Gov. Jerry Brown followed through in September and signed the bill into law.  “I think,” said Gov. Brown, “on balance, this will protect the environment—because we have far too much waste and throughput—but at the same time we’re doing it in a very standard way that will not disrupt business in California.”

A day later, though, the plastics industry initiated a referendum to challenge the ban, putting it on hold until Election Day, November 8, 2016.  On that day, voters put an end to shopping-bag litter by voting YES on PROP 67, and NO on PROP 65.

Our many colleagues in the Clean Seas Coalition advocated across the state on behalf of this issue.  For example, NRDC put together a clear summary of the issues, and facts on the substantial benefits that municipal bag bans have already conferred on the landscape:  Say good-bye to the plastic shopping bag.

We celebrated when Jerry Brown signed SB 270, and we celebrated on November 9, when the outcome of the vote was known.  In our hearts, we sang along with the chorus in this rap video produced by Ben Zolno of New Message Media:

Don’t forget foam foodware, another harmful single-use plastic.  In 2012, San Rafael passed a foam food-ware ban, and so have 77 other municipalities in California.  But we have work to do still!  You can help by taking a letter to your favorite food server or your office’s party planner, urging them to go green and leave polystyrene behind.  Here’s our letter to food purveyors.

We’re addicted to plastic, especially plastic bags.
If you are like 95% of US shoppers, whenever you purchase anything, it ends up in a plastic bag.  In the grocery store, most of us put our vegetables and fruits as well as bulk items into single-use plastic produce bags, and all those bags end up in a single-use plastic check-out bag.

Shoppers worldwide are using 500 billion to one trillion single-use plastic bags per year.
This translates to about a million bags every minute across the globe, or 150 bags a year for every person on earth.  And the number is rising.

“But plastic bags are so convenient!” 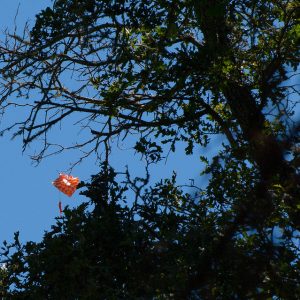 It depends on how far you are looking.  A plastic bag may be convenient for a minute or two when you carry something out of the store, but consider these costs:

Since 2006, our actions have included:

What You Can Do

Tell us your ideas and wishes for your locality, and we can multiply our results. We can speed the “Great Turning” away from the model of industrial waste and pollution, and instead move toward sustainable communities.

This site uses Akismet to reduce spam. Learn how your comment data is processed.